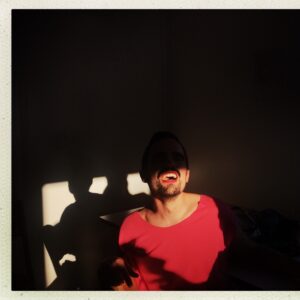 Al is a bass in the choir. Since joining in 2014, Al has traveled to Europe, California and various other locales, belting the hits. When not activisting, Al plays guitar, writes things and performs comedy in some of the most the city's most prestigious basements. Al has lived in New York since 2016, but grew up in Boston. Before moving to New York, Al lived in Montreal, California and Japan.